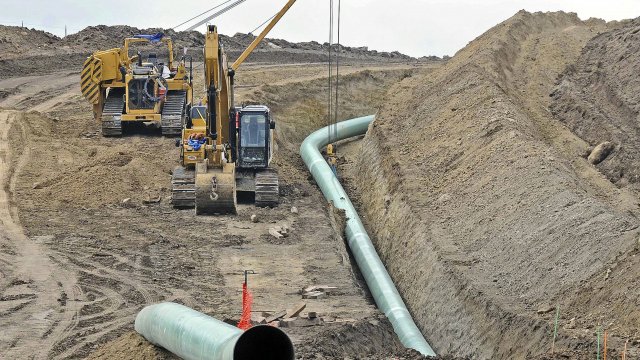 A federal judge ruled Monday the Dakota Access Pipeline will be temporarily shut down pending a full environmental review.

The judge ordered the oil pipeline has to be shut down by Aug. 5. The $3.8 billion pipeline project carries oil from North Dakota to Illinois and was completed in 2017. Critics have argued the pipeline could contaminate drinking water and destroy Native American lands.

That same judge previously ruled the Army Corps of Engineers had violated the National Environmental Policy Act by granting an easement to build the pipeline.

This is a major win for the Standing Rock Sioux Tribe, which has fought the pipeline for years.

The tribe's chairman said in a statement: "Today is a historic day for the Standing Rock Sioux Tribe and the many people who have supported us in the fight against the pipeline. This pipeline should have never been built here. We told them that from the beginning."

But the pipeline's supporters, including the Trump administration, argue this will set back American energy goals. U.S. Sen. Kevin Cramer of North Dakota said shutting down the pipeline "would have devastating consequences to North Dakota and to America’s energy security." A spokesman for the GAIN Coalition noted the pipeline has safely moved more than half a million barrels of oil per day since it came into service.