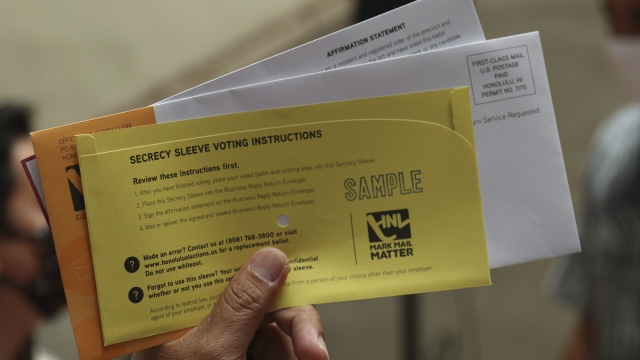 The postal service must temporarily halt two recent policy changes ahead of the November election.

A federal judge issued a nationwide preliminary injunction Thursday after 14 states sued over the changes. One stops treating election mail as first class and the other requires trucks leave at certain times, even if there is still mail to load.

The lawsuit says the integrity of November election is at stake and the judge agreed, saying those policies are "politically motivated" and create a "substantial possibility" of voters being disenfranchised.

The injunction requires the Postal Service to reverse those two changes, as well as reinstall mail processing machines that were removed and inform post office employees about the requirements of the order.