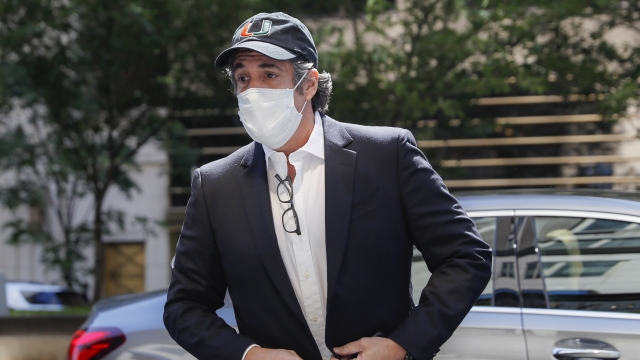 Less than a month after Michael Cohen was sent back to prison, President Donald Trump's former lawyer will be freed again. A judge said federal officials had re-incarcerated Cohen as punishment for writing a tell-all book about his time with the president.

Cohen was originally sent to prison in May of 2019 on charges including paying two women who said they had affairs with President Trump.

Cohen was then released from prison in May 2020 due to the coronavirus pandemic, and was set to serve the rest of his three-year sentence at home. But he was put back behind bars earlier this month after refusing to sign an agreement to not talk to the media or publish any sort of writing.

On Monday, Cohen sued Attorney General William Barr and federal prison officials over the move, alleging his return to prison was in retaliation for his book.

During a hearing on Thursday, Judge Alvin Hellerstein agreed that Cohen's return to prison appeared to be punishment over "his desire to exercise his first amendment rights to publish a book and to discuss anything about the book or anything else he wants on social media and with others."

The judge ordered that Cohen be released to home confinement no later than Friday afternoon following a test for the coronavirus. The judge also gave Cohen and prosecutors one week to negotiate the terms of his release with respect to his communications with the media.