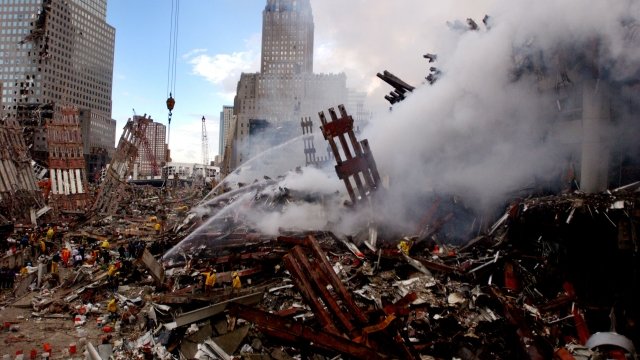 A federal judge in New York has ordered Iran to pay billions of dollars to the families of victims of the Sept. 11 terror attacks. But the ruling is largely symbolic.

This case is a part of a broader set of lawsuits that have been consolidated over the years. Saudi Arabia is the main target of most of those suits — many of which allege the country aided the 9/11 hijackers.

The 9/11 Commission found no evidence of direct Iranian support or that Iran "was aware of the planning for what later became the 9/11 attack."