Judge Orders Halt To Most Migrant Family Separations At Border 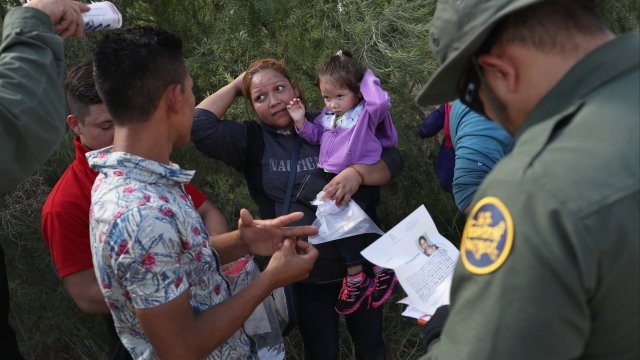 By Katherine Biek
June 27, 2018
The judge also ordered on Tuesday that parents and children that have already been separated be reunited within 30 days.
SHOW TRANSCRIPT

A federal judge ordered the Trump administration to stop the separation of most migrant families who have crossed the border from Mexico.

U.S. District Court Judge Dana Sabraw said the only exceptions to his order would be if federal officials determine the parent is unfit or if the parent declines to be reunited with their child.

His order also requires parents with children under the age of five be reunited within 14 days and those with older children be reunited within 30 days. The judge also ordered that parents must be provided a phone call with their child within 10 days if they haven't already been able to get a hold of them.

The judge's preliminary injunction was issued as a response to a lawsuit filed by the American Civil Liberties Union.

There's been widespread opposition to the Trump administration's "zero-tolerance" strategy on immigration. Earlier this month, President Donald Trump issued an executive order allowing migrant families to be detained together. But the order did not address reuniting parents and children.