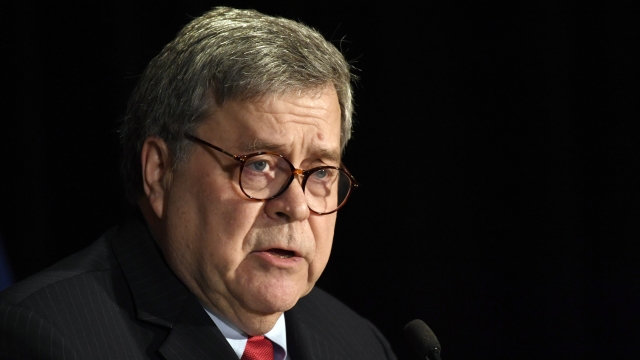 SMS
Judge Orders DOJ To Provide Unredacted Version Of Mueller Report
By Ahmed Jawadi
By Ahmed Jawadi
March 6, 2020
The judge wants to determine if any information from the report was "inappropriately withheld."
SHOW TRANSCRIPT

A federal judge has ordered the Justice Department to give him the unredacted version of the Mueller report after criticizing Attorney General William Barr's handling of its release.

The judge said in his ruling Thursday that some of Barr's public statements prior to the release of the redacted report were inconsistent with its findings. He said those inconsistencies have "[caused] the Court to seriously question whether [Barr] made a calculated attempt" to make the report seem more favorable toward President Donald Trump than it actually was.

The judge also said that in light of Barr's "conduct and misleading public statements about the findings," it was hard for the court to believe all of the report's redactions were made solely in the interest of national security. As such, the judge directed the DOJ to turn over the unredacted version of Mueller's report so that the court could determine if any information was "inappropriately withheld."

Many took issue with Barr's public rollout of the report, including former special counsel Robert Mueller. He called out the attorney general in a letter shortly after Barr released a summary of the report, saying Barr's overview "did not fully capture the context, nature, and substance" of his investigation.