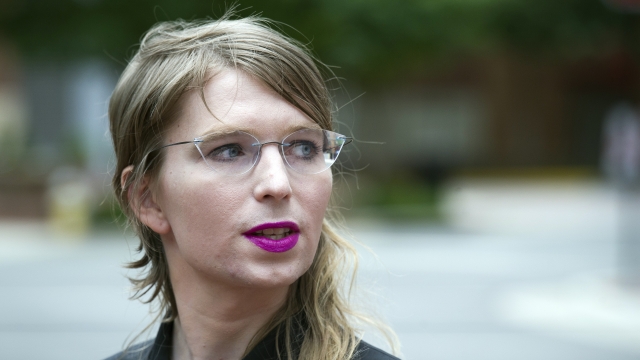 A federal judge has ordered that Chelsea Manning be immediately released from jail and said her testimony is no longer needed. She was scheduled to appear in court on Friday.

On Thursday, the judge wrote: "The Court finds Ms. Manning's appearance before the grand jury is no longer needed. ... Her detention no longer serves any coercive purpose."

Manning has been behind bars in Virginia since May for refusing to testify before a grand jury about her interactions with WikiLeaks and its founder, Julian Assange. Manning is a former Army intelligence officer and is accused of providing thousands of classified government files to WikiLeaks in 2010.

Manning still has to pay $256,000 in fines for refusing to testify.

The judge's decision comes a day after Manning tried to take her own life.

Manning's legal team confirmed she had attempted suicide in a statement Wednesday. They said she was taken to a hospital afterward. No other details were immediately available.