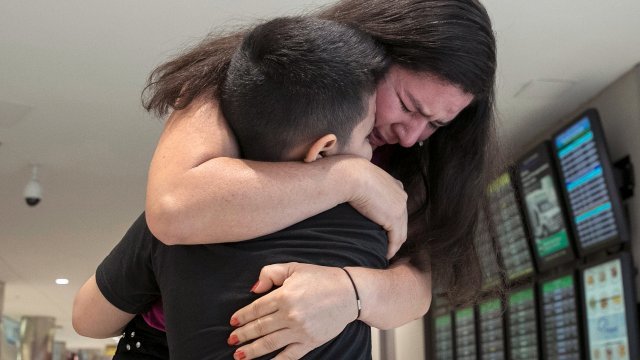 By Gabrielle Ware
August 19, 2018
NBC News reports hundreds of migrant parents are still separated from their children after being deported.
SHOW TRANSCRIPT

A federal judge wants the Trump administration and the ACLU to reach an agreement on how to address the situation of immigrants who have been deported while their children are still the U.S.

NBC News reports hundreds of migrant parents are still separated from their children after being deported under the administration's "zero-tolerance" policy.

Government lawyers say the federal order to reunite families who were separated at the border did not include parents who had already been deported.

An ACLU attorney agreed but says some parents were misled into believing they would only be reunited with their children, or that they'd be reunited more quickly, if they agreed to give up their asylum cases.

He says those parents should be able to come back to the U.S. to seek asylum with their children.

The judge's request that the two sides reach an agreement comes shortly after a freeze on family deportations was extended last week.