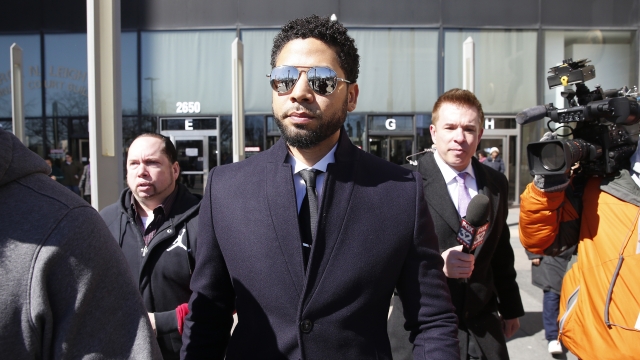 SMS
Judge Names Special Prosecutor In Jussie Smollett Case
By Alec Larson
By Alec Larson
August 24, 2019
The special prosecutor was appointed to investigate whether or not there was misconduct involved in the Smollett case.
SHOW TRANSCRIPT

A Chicago judge has announced the appointment of a special prosecutor to investigate the handling of the Jussie Smollett case.

Former U.S. Attorney Dan K. Webb was appointed on Friday to lead a probe to determine if there was misconduct in the filing and eventual dropping of criminal charges against Smollett.

Smollett claimed in January that he was the victim of a hate crime, but police in February said that Smollett had hired associates to stage the attack. Smollett was later indicted for making a false claim. But then prosecutors unexpectedly dropped all charges.

Smollett's lawyers had asked a judge in July to reconsider the decision to appoint a special prosecutor to review the case.

The special prosecutor will have the authority to file new charges against Smollett if deemed appropriate.