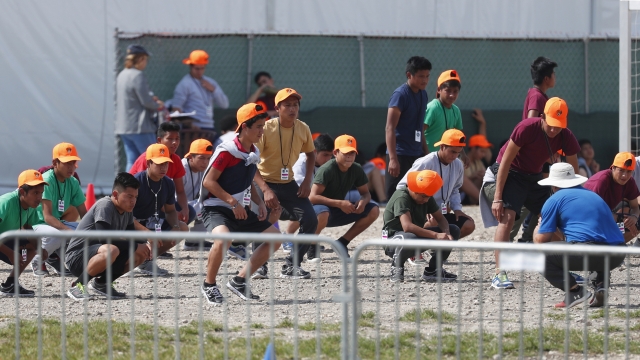 Migrant children in family detention centers must be released by mid-July due to the coronavirus, a federal judge ruled Friday

Judge Dolly M. Gee of the US District Court for the Central District of California said the 124 children in custody must be released with "deliberate speed." She added they can be released into the custody of "suitable sponsors or other available COVID-free non-congregate settings" with parental consent.

The release is an attempt to curtail the coronavirus spread among immigrant populations seeking asylum in the U.S. — with the lack of social distancing in immigration facilities heightening dangers of infection.

CNN reported nearly 9,000 detainees in ICE custody have been tested for the coronavirus, with about 750 testing positive.