Judge In Mississippi Strikes Down Last US Same-Sex Adoption Ban 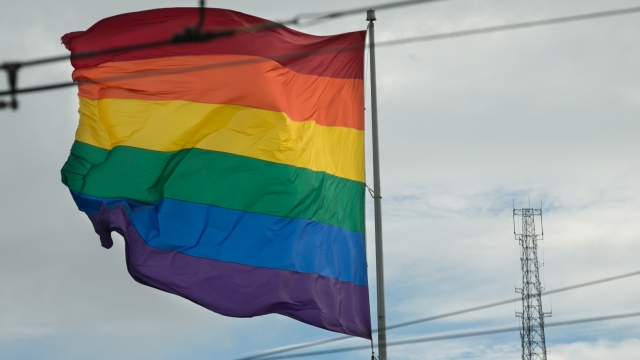 Same-sex couples can now adopt children in every state in America. A judge in Mississippi has ruled the state's 16-year-old ban unconstitutional.

U.S. District Judge Daniel Jordan says the law violated the Constitution's equal protection clause. Jordan also cited the Supreme Court's decision on gay marriage last year in his ruling, saying, "It also seems highly unlikely that the same court that held a state cannot ban gay marriage because it would deny benefits — expressly including the right to adopt —would then conclude that married gay couples can be denied that very same benefit."

The legal battle over the ban began in 2015 when the Campaign for Southern Equality and the Family Equality Council sued the state's Department of Human Services on behalf of four same-sex couples.

Gay rights organizations are praising the ruling. The Human Rights Campaign of Mississippi released a statement saying, "Judge Jordan has repudiated reprehensible efforts by our elected leaders to deny legal rights to our families. They are on the wrong side of history, and today’s decision confirms, yet again, that they are also on the wrong side of the law."

And it seems most Americans would agree. Not only have attitudes on same-sex marriage changed in recent years, so have views on the ability of same-sex couples to adopt. A Gallup poll in 2014 found 63 percent of respondents said same-sex couples should have the legal right to adopt a child.

The ruling is on the exact opposite end of the gay rights spectrum from a law headed to the Mississippi governor's desk that would allow businesses and religious organizations to deny services to gay couples based on their religious beliefs.

Mississippi first banned same-sex couples from adopting children in 2000. But the governor who signed the ban later said he regretted doing so.

This video includes images from Getty Images and clips from WTVA.