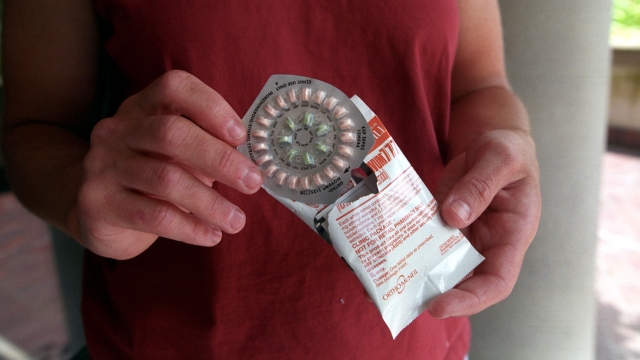 SMS
Judge Halts Trump Administration's Contraception Rules In Some States
By Katherine Biek
By Katherine Biek
January 14, 2019
Those rules expanded the types of entities that can claim moral or religious exemptions as a reason to opt out of covering contraception.
SHOW TRANSCRIPT

A federal district court judge blocked a set of Trump administration rules on contraception from going into effect in some states on Monday.

Those rules, which were issued back in November, relax an Obama-era mandate requiring most employer-offered health insurance plans to include no-cost coverage for birth control.

The Trump administration expanded the types of entities that can claim moral or religious exemptions as a reason to opt out of covering contraception for their employees.

Back in December, a coalition of 13 Democratic states and the District of Columbia asked the judge to block the rules from going into effect. On Sunday, he agreed that the plaintiffs "face potentially dire public health and fiscal consequences from the implementation of the final rules."

But the judge ruled that the states and D.C. hadn't met the "high threshold" needed to halt the rules nationwide, so his injunction is limited to only include the plaintiffs.

A nationwide injunction against the rules is not entirely off the table yet though, since a Pennsylvania court is currently reviewing a similar request by the state's attorney general.