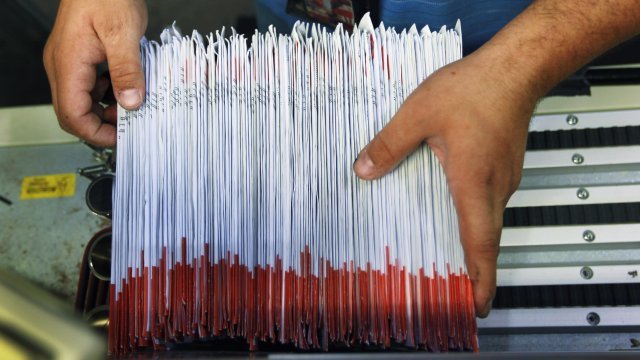 A federal judge in Florida is giving voters a couple of extra days to fix mismatched signatures on rejected provisional or mail-in ballots.

U.S. District Court Judge Mark Walker filed the ruling on Thursday, hours before the 3 p.m. deadline for election officials to finish a machine recount. It's unclear how the ruling will affect that recount.

The U.S. Senate race in Florida is still too close to call, with Gov. Rick Scott leading incumbent Sen. Bill Nelson by less than 13,000 votes. Nelson's campaign filed the lawsuit that resulted in Walker's ruling. It affects some 4,000 ballots that were rejected because of inconsistent signatures.

Voters will have until 5 p.m. Saturday to fix their signature problems.