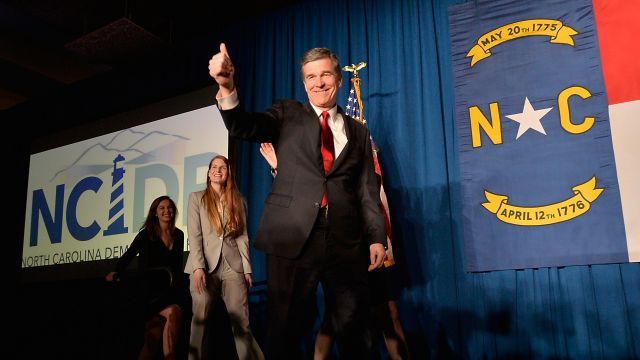 SMS
Judge Freezes North Carolina Law Stripping Next Governor's Powers
By Matt Picht
By Matt Picht
December 30, 2016
A law shifting control over the state's election board won't go into effect until the governor-elect's legal challenge to it is resolved.
SHOW TRANSCRIPT

A judge has issued a temporary hold on a new North Carolina law stripping some executive power from Governor-elect Roy Cooper.

The new law would fold the state's governor-controlled election board into the legislature-controlled ethics commission. Cooper's camp is currently challenging the law in court, arguing it's unconstitutional. 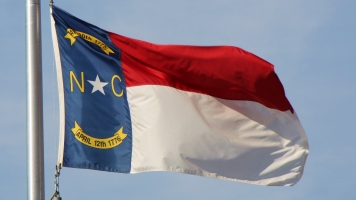 Under the current laws, North Carolina Board of Elections is made up of five members selected by the governor — three from the governor's party, and two from the opposition. The new rules let the state's governor and the legislature each pick four members — two Democrats and two Republicans — to serve on the new board.

It's one of several such laws signed by outgoing Gov. Pat McCrory that transfer authority away from the executive branch. His opponents have characterized the move as a Republican power grab.

In the weeks after Cooper's victory, McCrory's camp filed dozens of challenges to the election results, most of which were thrown out. Republican Senate leader Phil Berger said of the election board changes, "Given the recent weeks-long uncertainty surrounding his own election, the governor-elect should understand better than anyone why North Carolinians deserve a system they can trust will settle election outcomes fairly and without the taint of partisanship." 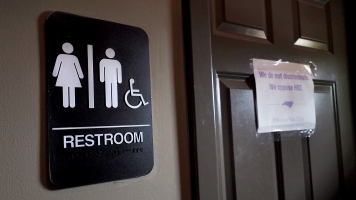 North Carolina's 'Bathroom Bill' Is Staying On The Books — For Now

The new changes would have dissolved the current election board on Saturday, but the judge's order will keep the board around for now. The next hearing in the case is set for Thursday.