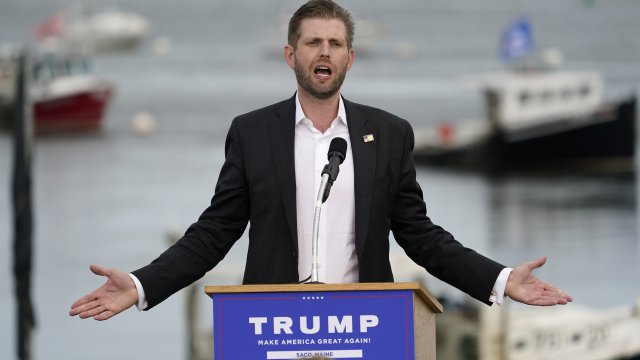 A judge has ruled President Trump's son Eric must sit and answer questions by New York's attorney general in the coming weeks.

The deposition is part of a state investigation into the president's financial dealings. New York Attorney General Letitia James is looking into whether President Trump and his Trump Organization inflated the values of some of his properties to get better deals on loans and insurance. She's also probing whether he undervalued other assets to get tax breaks.

Eric Trump serves as the executive vice president of his father's organization and is responsible for managing and operating the global real estate portfolio.

The 36-year-old had asked that the investigation be postponed until after the November election, citing an "extreme travel schedule" until then. But the New York state judge called Eric Trump's reasoning "unpersuasive."

No comment from the Trump Organization but in a tweet, Eric Trump called the investigation a, quote, "anti-Trump fishing expedition."