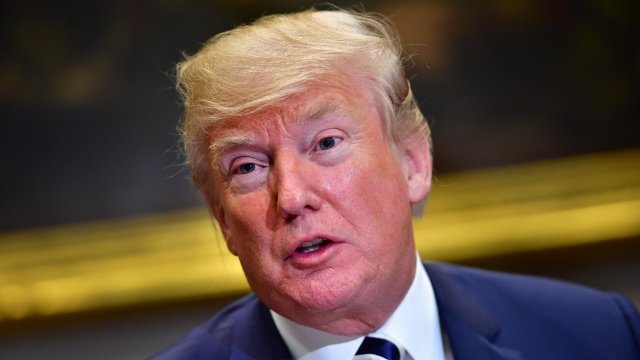 A federal judge said Wednesday the governments of Maryland and Washington, D.C., can go forward with a lawsuit that says the president's connection to his D.C. hotel violates the Constitution.

The attorneys general of Maryland and the District of Columbia claim in their suit that President Donald Trump is violating what's called the "emoluments clause" of the Constitution. That provision says U.S. government officials can't accept payments or gifts from foreign governments or agents of foreign governments.

The suit says Trump is doing just that by profiting from his D.C. hotel. They had also referenced other Trump properties around the U.S. and around the world, but the judge said they need to focus their case on the Trump Organization's activity in Maryland and Washington.

In his decision, the judge said foreign officials might be inclined to stay at the Trump hotel in Washington because of its connection to the Oval Office.

Just last week, Trump reportedly got a summons in the case, giving his legal team three weeks to respond.