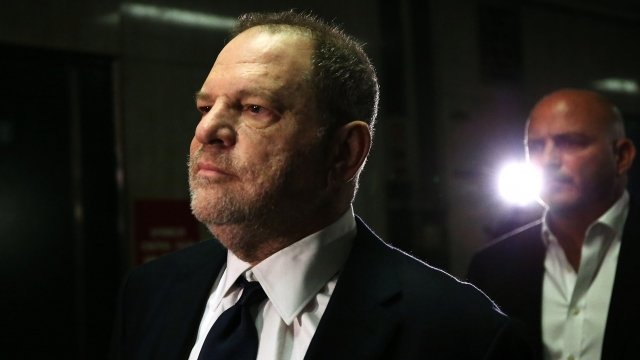 By Caitlin Baldwin
October 11, 2018
The charge was criminal sex act in the first degree.
SHOW TRANSCRIPT

The charge was a criminal sex act in the first degree. It stemmed from a woman who accused Weinstein of forcing her to perform a sexual act on him in 2004. Her allegations were first reported in The New Yorker about a year ago.

But a letter unsealed on Thursday cast doubt on the accuser's account of events. According to the letter, a friend of the accuser told a detective in August the encounter with Weinstein was consensual. The letter also says the detective didn't disclose the information to the district attorney.

Prosecutors say they "are moving full-steam ahead on the other [five] counts."