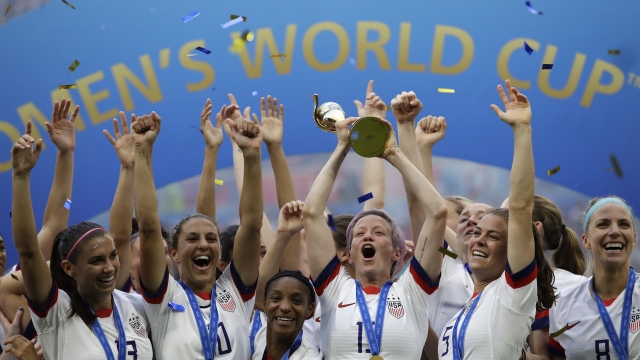 A district judge said the national women's team players did not thoroughly prove they were paid less than the men's team.

A federal judge has dismissed the unequal pay claim by members of the U.S. women's national soccer team.

They filed a lawsuit last March, claiming they'd not been paid the same wages as the U.S. men's national team as laid out in a collective bargaining agreement.

The players based the lawsuit on two grounds, saying the U.S. Soccer Federation violated the Equal Pay Act and they were discriminated against — regarding workplace conditions — under the Civil Rights Act of 1964.

But the district judge said the players did not thoroughly prove they were paid less than the men's team. He granted a partial judgment, throwing out the Equal Pay Act claim but leaving the Civil Rights Act allegations.

A spokesperson for the plaintiffs said, "We are shocked and disappointed with today's decision, but we will not give up our hard work for equal pay. ... We are confident in our case and steadfast in our commitment to ensuring that girls and women who play this sport will not be valued as lesser just because of their gender."

A trial is scheduled for June 16. The women plan to appeal the district judge's ruling.