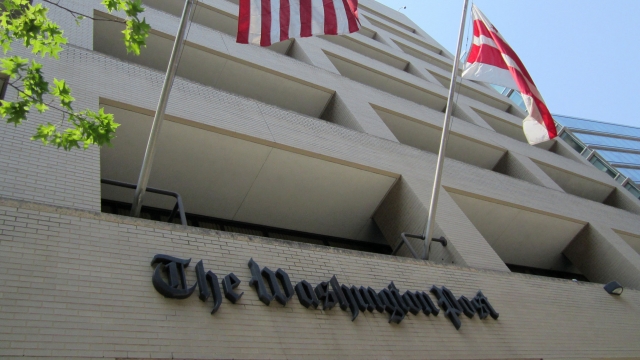 SMS
Judge Dismisses Teen's Defamation Lawsuit Against The Washington Post
By Ethan Weston
By Ethan Weston
July 27, 2019
The judge said The Post is protected by the first amendment.
SHOW TRANSCRIPT

A federal judge dismissed a defamation lawsuit against The Washington Post on Friday.

The lawsuit was brought by high school student Nicholas Sandmann, whose encounter with Native American advocate Nathan Phillips went viral — and set off major backlash against the teen.

In the video Sandmann was seen wearing a Make America Great Again hat, standing still and smiling while Phillips chants and beats a drum. The two are standing face to face.

Later, in an interview with The Washington Post, Phillips said he felt the teen was blocking his way — an opinion the Post published. Sandmann, though, says he was trying to "defuse the situation." Which is where the lawsuit comes in.

But the judge said the Post is protected by the first amendment so publishing Phillips opinion isn't defamation.

Other lawsuits by the Sandmann family against both CNN and NBC are still pending. Sandmann's attorneys say they will appeal the decision.