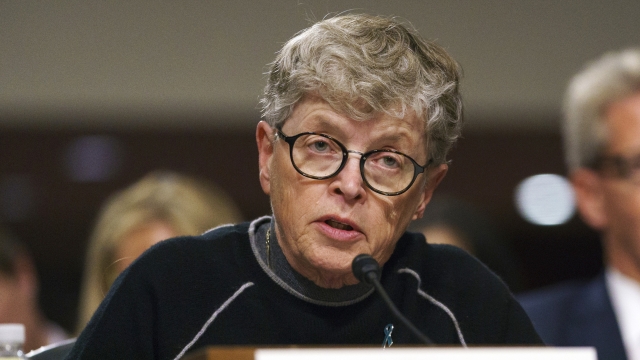 She was accused of lying to investigators in 2018 about what she knew about sexual misconduct allegations against ex-sports doctor Larry Nassar. Nassar is serving prison time after hundreds of women and girls came forward and said he had sexually abused them. He also worked as a team doctor at USA Gymnastics.

Simon resigned in January 2018, shortly after Nassar was sentenced.

Authorities alleged Simon knew about a complaint against Nassar in 2014. But Simon said she didn't know anything about Nassar's abuse until 2016.

Eaton County Judge John Maurer said he dismissed Simon's case because there wasn't enough evidence. He said: "The testimony and documentary evidence show ... that no one remembers communicating with Dr. Simon about Dr. Nassar in 2014."

One of Simon's lawyers said the case was "built on nothing more than speculation and conjecture." The state attorney general's office said it would take the decision to the Michigan Court of Appeals.