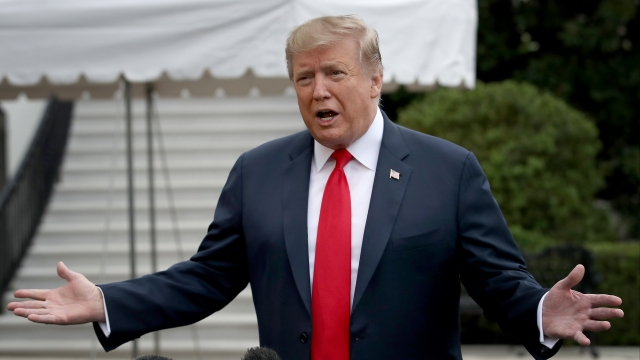 A federal judge denied President Trump's motion to dismiss a lawsuit filed against him by approximately 201 congressional Democrats.

The group's lawsuit, which was filed back in 2017, claims the president violated the U.S. Constitution's Emoluments Clause. That provision says U.S. government officials can't accept payments or gifts from foreign governments or agents of foreign governments.

The complaint specifically alleges President Trump's received payments from foreign governments to stay at his hotel in Washington, D.C., collected trademarks from China and made money off licensing deals for his show "The Apprentice."

In their effort to get the suit dismissed, President Trump's lawyers sought a narrow meaning for the term "emolument" — arguing the clause should just apply to a salary or essentially a bribe from a foreign government.

But the judge sided with the plaintiffs Tuesday, writing in his opinion that the president's definition "disregards the ordinary meaning of the term as set forth in the vast majority of Founding-era dictionaries.”

Democratic Rep. Jerry Nadler commented on the decision, calling it "an important milestone in seeking to hold the President accountable." Meanwhile, a Justice Department spokeswoman said it'll continue to "defend the President in court."