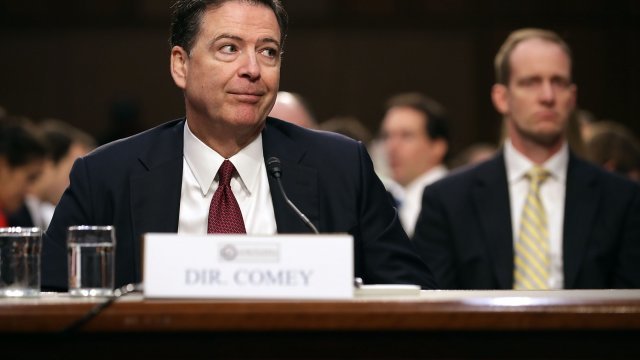 SMS
Judge Denies Request To Make James Comey's Memos Public
By Jake Jones
By Jake Jones
February 2, 2018
Several media organizations went to the courts to try to get the memos released to the public.
SHOW TRANSCRIPT

Several media organizations went to the courts to try to get the memos released to the public.

Comey said he took contemporaneous notes after nine of his contacts with Trump, which reportedly detail a request by Trump for Comey to drop the investigation into former national security adviser Michael Flynn, as well as a request for loyalty from Comey.

The judge ruled the notes could reasonably interfere with the ongoing investigation into Russian interference in the 2016 election. Special counsel Robert Mueller's office is also looking into whether Trump fired Comey to obstruct that investigation.