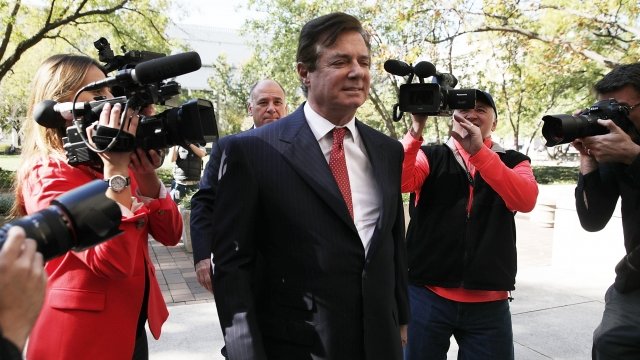 The judge overseeing his case in Washington, D.C., rejected a defense motion to throw out his money laundering charge.

That charge stems from the money Manafort made while working as a unregistered agent for a foreign government. Manafort's attorneys argued making that money wasn't illegal and claimed the only criminal act was not registering with the U.S. government.

The judge disagreed, writing in her opinion that "these laws are not just about paperwork." She said the Foreign Agent Registration Act aims to make sure "no person acts to advance the interests of a foreign government ... unless the public has been properly notified."

The judge ruled there's enough evidence to present the charge to a jury and let them decide. Trial in this case is scheduled to begin Sept. 17.