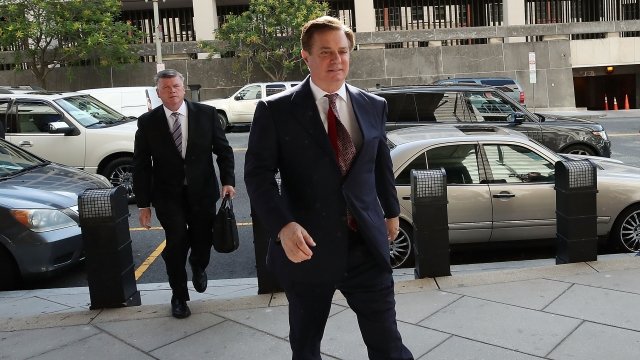 A federal judge denied Paul Manafort's request to move one of his trials out of the Washington, D.C., area.

Manafort's attorneys wanted to move his trial on a slew of tax and bank fraud charges from Alexandria, Virginia, to Roanoke. They argued the media attention on his case will taint the jury pool.

But the judge denied their request, writing, "the mere fact that a case has drawn substantial media attention does not, by itself, warrant a change in venue."

The judge noted that potential jurors don't have to "demonstrate complete ignorance of the facts" of Manafort's case. Rather, they need to be willing to put aside any previously held opinions and only consider the information presented at trial.

Manafort's trial in Alexandria is scheduled to begin July 25.