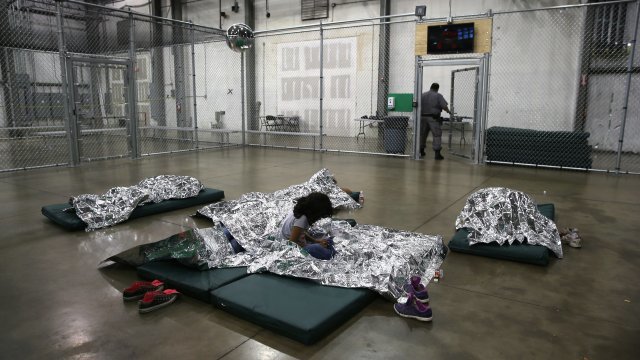 A federal judge has denied the Trump administration's request to extend the deadline for uniting migrant families.

The Justice Department asked for the extension Friday. The deadline says the federal government has until Tuesday, July 10 to reunite children under the age of 5 with their parents. All children must be reunited by July 26.

On Thursday, Health and Human Services Secretary Alex Azar said nearly 3,000 children were in custody without their parents. The administration has begun the controversial process of performing DNA tests on children to speed up the reunification process.

The administration says it has complied with the deadline for allowing all children to at least speak to their parents. That deadline was Friday.