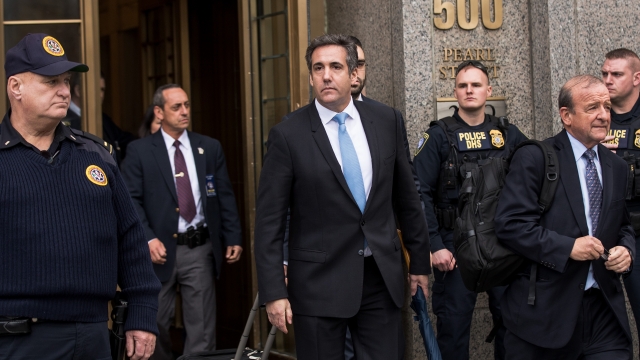 A federal judge has granted President Donald Trump's former lawyer Michael Cohen an extension on when he has to report for prison.

On Wednesday, the judge agreed to push back the start of Cohen's prison stint for 60 days while he recovers from shoulder surgery.

Cohen was originally supposed to begin his three-year prison sentence on March 6. Last year, he pleaded guilty to lying to Congress about a real estate project to build a Trump Tower in Russia and multiple other financial crimes.

On Wednesday, the House Oversight and Reform Committee released a memo outlining what will be discussed at its hearing. It will include whether or not President Trump was financially involved in influencing the 2016 election, the President's compliance with various finance and tax laws, and if he tried to stop Cohen from testifying. The public session will not include any questions relating to the intelligence committee's Russia investigation.