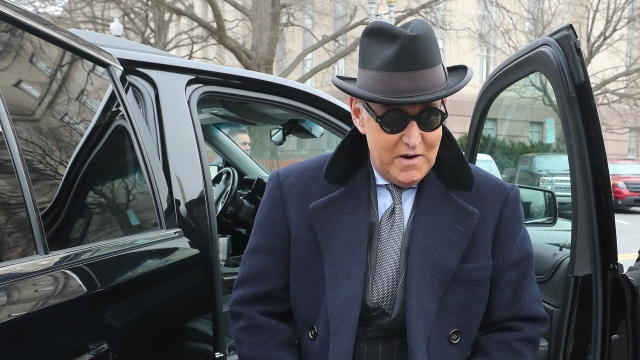 The federal judge who sentenced Roger Stone is refusing his request to dismiss herself from the case.

A day after his sentencing, Stone's defense team asked U.S. District Judge Amy Berman Jackson to recuse herself, arguing she was "biased" because she said the jurors had "served with integrity."

Jackson said in her order, "Judges cannot be 'biased' and need not be disqualified if the views they express are based on what they learned while doing the job they were appointed to do." She added, "Given the absence of any factual or legal support for the motion for disqualification, the pleading appears to be nothing more than an attempt to use the Court's docket to disseminate a statement for public consumption that has the words 'judge' and 'biased' in it."

Stone, a longtime associate of President Donald Trump, was sentenced to 40 months behind bars and ordered to pay a $20,000 fine. A jury convicted him on seven counts of obstructing a congressional inquiry, lying in that inquiry, and witness tampering.

His team is also requesting a retrial, alleging that one of the jurors "misled the court" and attempted to hide her own bias in a written questionnaire. Jackson has yet to rule on the retrial request.