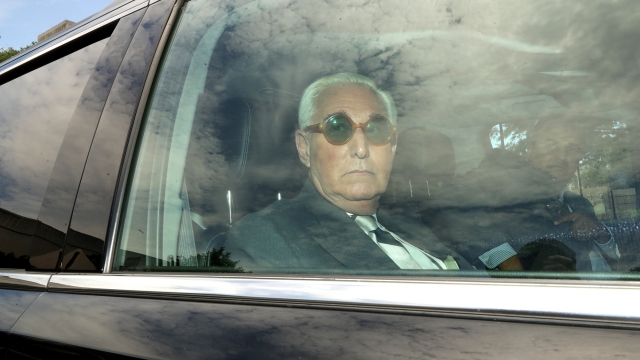 ​Stone's defense team filed a motion for a new trial last week, arguing one of the jurors in his case was biased.

A federal judge has refused to delay Roger Stone's sentencing.

Last week, Stone's defense team filed a motion for a new trial, arguing one of the jurors in his case was biased. They also asked U.S. District Court Judge Amy Berman Jackson to delay his sentencing until she rules on that motion.

But Jackson declined that request on Tuesday, saying a sentencing delay "would not be a prudent thing to do," since the court had already pushed back sentencing once before. She did, however, say she'll delay the sentence from going into effect until she rules on whether to grant Stone a new trial.

Stone, a longtime associate of President Donald Trump, was convicted last year on a slew of charges including lying to Congress, witness tampering and obstructing Congress' investigation into Russian interference in the 2016 election. Federal prosecutors had originally recommended Stone serve between seven and nine years in prison. But the Justice Department took issue with their sentencing recommendation and submitted a new filing recommending a more lenient punishment.

Stone is scheduled to be sentenced on Thursday.