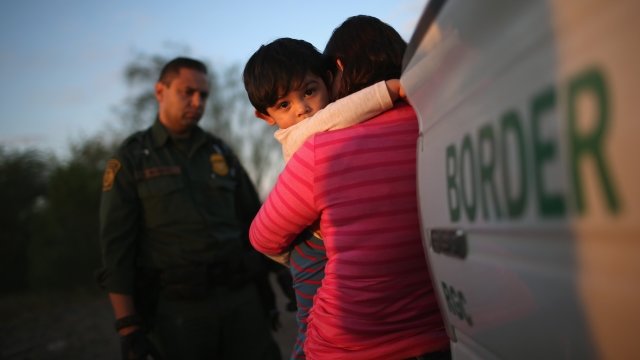 SMS
Judge Temporarily Blocks Quick Deportation Of Newly Reunited Families
By Briana Koeneman
By Briana Koeneman
July 16, 2018
The judge granted a request from the ACLU to delay deportations for a week after reuniting families that were separated at the border.
SHOW TRANSCRIPT

A San Diego-based judge granted a request from the American Civil Liberties Union to delay deportations for at least a week after reuniting parents and children who were separated at the border.

The ACLU says parents need that time to decide if they want to be deported alone or as a family.

Last month, the same judge gave the federal government a July 10 deadline to reunite children under the age of 5 with their parents, and a July 26 deadline for children ages 5 and older.

The government has one week to respond to the judge's most recent decision.