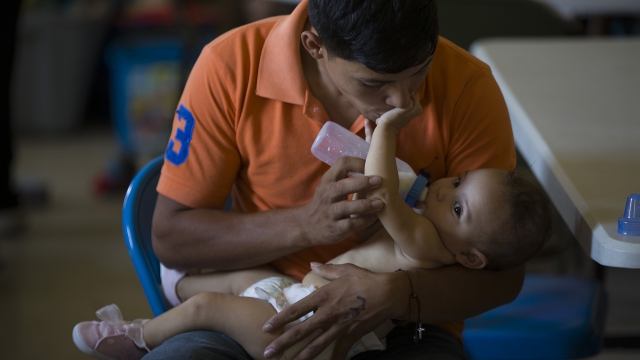 The judge said the U.S. government can't ignore a policy just because it doesn't agree with it anymore.

A federal judge has blocked a Trump administration plan that sought to permit indefinite detention of migrant families and children.

For some background: In 1985, a class action lawsuit challenged immigration policies related to detaining juveniles. Over a decade later, the suit led to what's known as the Flores Agreement. It set standards for housing minors "with dignity, respect and special concern for their vulnerability." That included providing adequate food and medical assistance and establishing licensing rules for facilities where minors are held.

Under current rules, children and families with children detained at the border need to be released within a 20-day window. Given that there's a backlog of over a million immigration cases, it can take years for an asylum case to be completed. Republicans have often alleged that the agreement encourages migrants to cross the border with children because they know they'll be released.

In August, the Trump administration announced plans to rescind the 20-day detention limit. At a brief hearing on Friday, the Justice Department argued that it isn't disregarding the law but, rather, "modernizing" it.

After the hearing, the judge rejected the Justice Department's argument, saying the U.S. government can't ignore a policy just because it doesn't agree with it anymore.