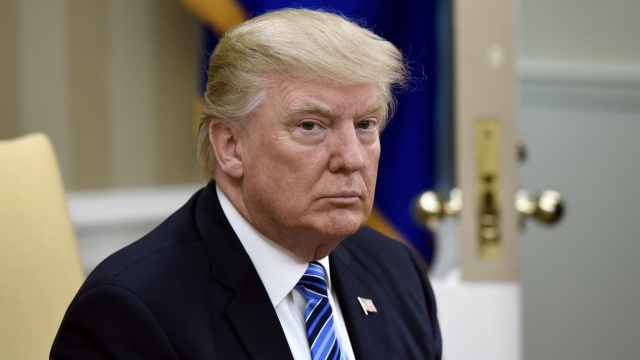 A federal judge issued an order Thursday that blocks New York from handing over President Donald Trump's tax returns to the House Ways and Means Committee.

Last week, President Trump filed a lawsuit against the committee and two New York officials after the state passed a new law.

Gov. Andrew Cuomo signed a bill that would require New York's tax commissioner to share the president's returns with certain congressional committees, like the House Ways and Means Committee, if they file a request and state a "legitimate legislative purpose."

As part of Judge Carl Nichols' order, New York officials also can't give lawmakers President Trump's tax information, if they request it, until one week after he issues a ruling on that motion.

The chairman of the House Ways and Means Committee has not said whether he intends to file a request under the new law.