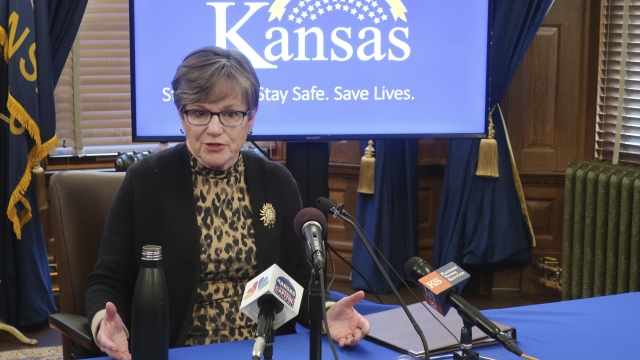 A federal judge in Wichita has blocked Kansas from limiting the size of in-person religious gatherings to 10 people.

Kansas Gov. Laura Kelly had issued an executive order limiting crowds as a way to stop the spread of the coronavirus. She said, "This is not about religion. This is about a public health crisis."

Earlier this month, the Kansas Supreme Court upheld the order after legislative leaders overturned it. But on Saturday, U.S. District Judge John Broomes said he believes the Kelly's order likely violates religious freedom and free speech. The court alleges the governor is treating churches harsher than other public places.

The two churches that sued will be allowed to hold services until at least May 2, but they will still need to follow certain guidelines. For instance, they will not be allowed to pass offering plates or bulletins, and hand sanitizer has to be offered throughout the building.

Another hearing on the lawsuit is scheduled for Thursday.