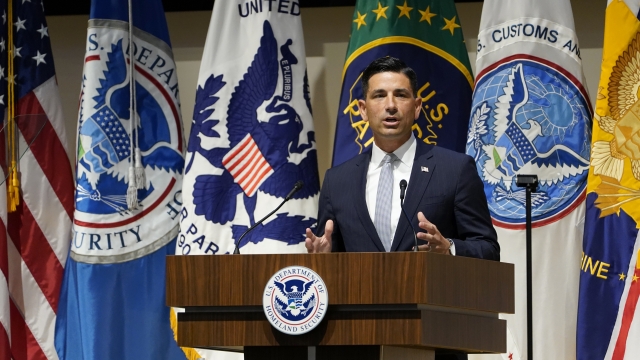 A federal judge has blocked the Department of Homeland Security from enforcing some new asylum restrictions. Twenty state attorneys general challenged the new rules last month, arguing they would make it more difficult for asylum seekers to find jobs.

The judge also said acting DHS secretary Chad Wolf's appointment by former acting Secretary Kevin McAleenan was invalid, meaning Wolf is likely serving the role unlawfully. However, the court's ruling does not mean Wolf will be stepping down from the role.

New York Attorney General Letitia James, one of the 20 state AGs who challenged the new rules, said the decision showed how Wolf had no business serving as acting DHS secretary. James also called for an end to what she described as the Trump administration's efforts to impose "draconian orders through lapdog appointees."

DHS has been without a confirmed secretary since April 2019, when former Secretary Kirstjen Nielsen resigned. Wolf has been acting DH secretary since last November, but come under fire for decisions relating to immigration, civil unrest and the pandemic response.

Most recently, he was criticized for sending federal agents to protests in Portland, Oregon, despite objections from local officials.