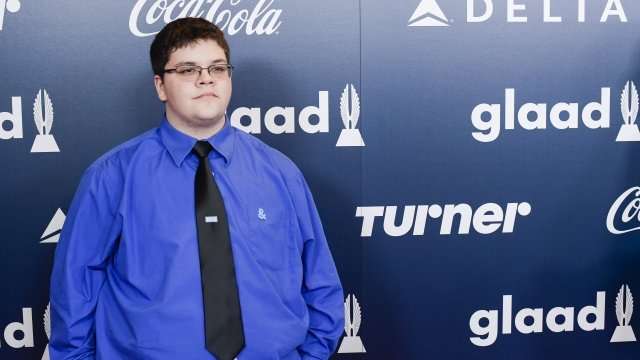 SMS
Judge Backs Transgender Teen Gavin Grimm's Bathroom Lawsuit
By Katherine Biek
By Katherine Biek
May 23, 2018
Gavin Grimm sued the Gloucester County School Board in 2015 after he was barred from using the boys' bathroom at his high school.
SHOW TRANSCRIPT

A federal judge has sided with a transgender teenager who says a Virginia school board violated his right to use the bathroom corresponding with his gender identity.

Grimm sued the school board in 2015 after he was barred from using the boys' bathroom.

His lawyers argued the board's policy violated his rights under Title IX and the equal protection clause of the Constitution. Title IX protects against sex-based discrimination in federally funded education programs.

Grimm's case has been playing out for years, and it even made its way to the U.S. Supreme Court. But after the Trump administration revoked Obama-era guidance that Title IX covered transgender people, the justices backed out of hearing the case.

So the case is back in the lower courts.

On Tuesday, Grimm, who's since graduated high school, said in a statement: "I feel an incredible sense of relief. After fighting this policy since I was 15 years old, I finally have a court decision saying that what the Gloucester County School Board did to me was wrong and it was against the law."

Meanwhile, the school board said it "continues to believe" its bathroom policy took all students' and parents' interests into account. As for what's next, the federal judge ordered both sides to meet for settlement talks.