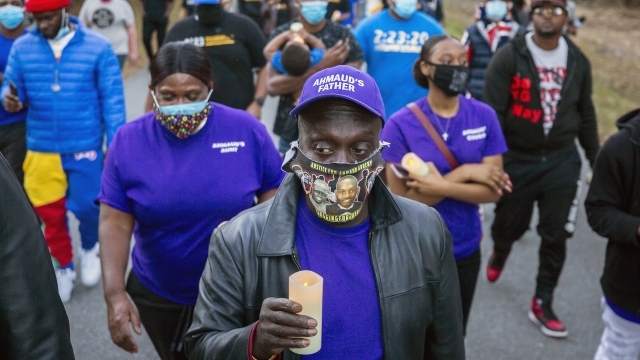 Attorneys for the father and son seen on video chasing and killing Ahmaud Arbery in Georgia want to bring up Arbery's criminal record in court.

The attorney is asking the judge for permission to do so but prosecutors say his past is irrelevant and the McMichaels knew nothing about Arbery before killing him.

Prosecutors are asking the judge permission to show racist text messages and social media posts from Travis and Gregory McMichael.

Jury selection is set to start in October.

In addition to the state murder charges against the McMichaels and William "Roddie" Bryan, the man who recorded Arbery's killing, the men also face federal hate crime charges.

They pleaded not guilty to those charges yesterday.