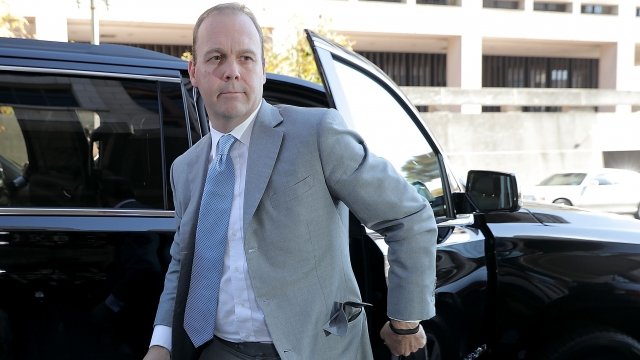 Rick Gates — who is facing a 12-count indictment with longtime associate Paul Manafort — may be able to get out of house arrest soon.

On Tuesday, a judge unsealed conditions for Gates' release. The defendant has to agree to abide by an 11 p.m. curfew, stay away from "transportation facilities" unless approved for travel and stake assets worth up to $5 million.

Because Gates' assets don't add up to that, another person has agreed to serve as a surety to provide the rest of the money. Their name was redacted.

A judge ruled in December that Manafort could be released from house arrest. The defendant is staking nearly $12 million for that deal but hasn't yet submitted the paperwork to do so.