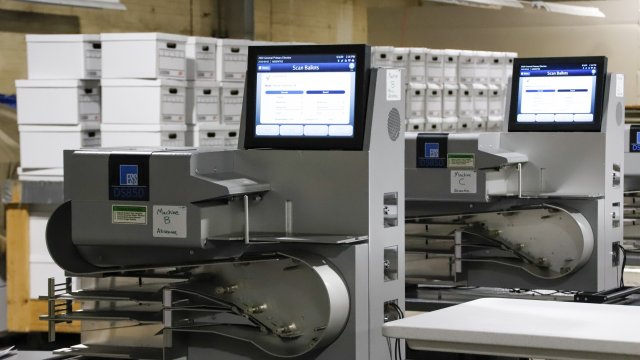 SMS
Judge: All TN Voters Should Be Allowed To Vote By Mail Due To Virus
By LeeAnne Lowry
By LeeAnne Lowry
June 5, 2020
The judge said limiting mail-in voting would place an "unreasonable burden" on voters due to COVID-19.
SHOW TRANSCRIPT

Tennessee is now required to give all its registered voters an option to vote by mail during the COVID-19 pandemic.

A judge made the ruling Thursday. She said limiting mail-in voting options would be an "unreasonable burden on the fundamental right to vote" because Tennesseans would have to weigh the risk of getting sick with not voting.

Typically, Tennessee's election code only allows certain people to vote by mail, such as those who have certain disabilities or are over 65.

The state has raised concerns that it'd be too expensive to expand mail-in voting for November's presidential election. It's expected to appeal the decision.

While President Donald Trump has been vocal against expanding vote-by-mail, some states have relaxed restrictions.

Additional reporting by Jonathan Matisse of The Associated Press.