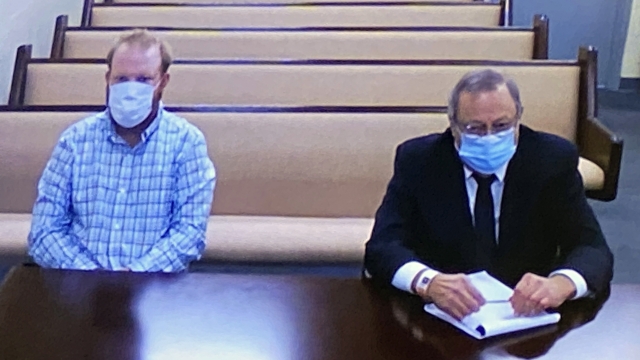 A judge ruled on Thursday that there was enough evidence to advance the cases against the three men involved in the killing of Ahmaud Arbery to trial.

Gregory McMichael and his son Travis McMichael were arrested on felony murder and aggravated assault charges after footage of Arbery's killing was leaked more than two months after the incident. The man who recorded the shooting, William "Roddie" Bryan Jr., was arrested shortly after on charges of felony murder and criminal attempt to commit false imprisonment.

During Thursday's probable cause hearing, Richard Dial, the lead Georgia Bureau of Investigation agent in the case testified the three men chased Arbery in their trucks as he was jogging, with Bryan going so far as striking Arbery with the side of his truck. Dial also said Travis McMichael had used a racist slur shortly after killing Arbery.

"Mr. Bryan said that after the shooting took place, before police arrival, while Mr. Arbery was on the ground, that he heard Travis McMichael make the statement, 'F------ n-----,'" Special Agent Richard Dial said.

Dial also testified Travis McMichael had previously used the n-word "numerous times" on social media and via text messages before his arrest. Last month, the Justice Department said it would look into the case to see whether the killing was racially motivated and if any "federal hate crime charges are appropriate."

The men told police at the time they pursued Arbery because they suspected he was involved in some break-ins in the area. Travis McMichael also said he shot Arbery in self-defense, but Dial said it was actually the other way around.

"I believe Mr. Arbery was being pursued and he ran until he couldn't run anymore," Dial said. "And it was turn his back to a man with a shotgun or fight with his bare hands against the man with a shotgun, and he chose to fight."