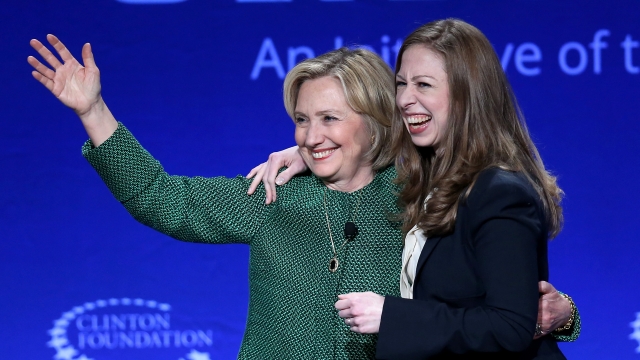 Donald Trump said he would have mentioned Bill Clinton's past infidelity at the first presidential debate, but one thing held him back.

"I'm very happy that I was able to hold back on the indiscretions with respect to Bill Clinton because I have a lot of respect for Chelsea Clinton," Trump told CNN after the debate.

Chelsea Clinton shrugged off the comment, telling Cosmopolitan, "I don't remember a time in my life when my parents and my family weren’t being attacked, and so it just sort of seems to be in that tradition, unfortunately."

Trump's daughter Ivanka and Clinton are close friends. And Ivanka Trump still has "great respect" for Clinton, even though their parents are opponents.

One person who isn't holding back is Juanita Broaddrick. During Bill Clinton's second term as president, Broaddrick accused him of raping her in 1978 when he was Arkansas' attorney general.

In a string of tweets addressed to Chelsea Clinton, Broaddrick said, "The truth is what has brought the attacks on your family," and "your father was, and probably still is, a sexual predator. Your mother has always lied and covered up for him."

Trump has often hinted at Bill Clinton's infidelity on the campaign trail. Trump tweeted that he would invite Gennifer Flowers, who allegedly had an affair with Clinton, to the first debate. But his campaign quickly put an end to that.

After a lackluster performance in that debate, Trump indicated that he won't hold back against Hillary Clinton going forward. Bill Clinton's past could certainly come into play.