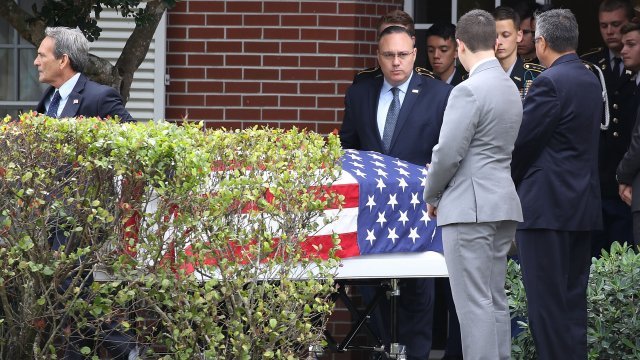 Three junior ROTC cadets killed in last week's shooting at Marjory Stoneman Douglas High School are being awarded the Medal of Heroism by the U.S. Army.

One student, 15-year-old Peter Wang, has also been posthumously admitted to the U.S. Military Academy at West Point. Wang died after holding the door open for others fleeing the school.

Of his actions, one teacher said: "I personally witnessed one of my kids holding the door, pushing kids through the door while bullets are coming at him. I don't know many adults who could have done that."

The Medal of Heroism is awarded to JROTC cadets who perform acts of heroism involving "the acceptance of danger and extraordinary responsibilities, exemplifying praiseworthy fortitude and courage."