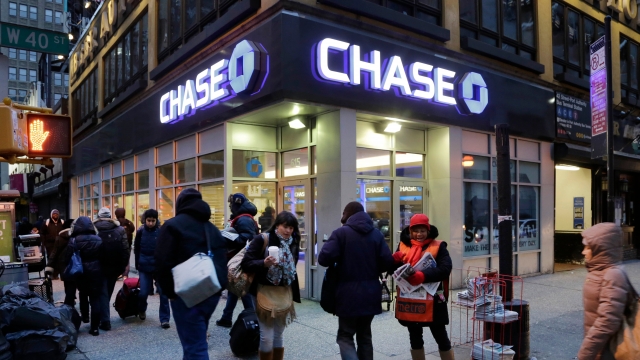 Its committing $30 billion over the next five years toward programs that will aid Black and Latino homebuyers and business owners.

JPMorgan Chase announced it's going to extend billions of dollars in loans to Black and Latino homebuyers and small business owners.

The New York Bank is expanding its efforts toward fixing what it calls "systemic racism" in the country’s economic system.

It's committing $30 billion over the next five years toward programs that include earmarking more money for getting Black and Latino families into homeownership and providing additional financing to build affordable rental housing units. Additional funds will go to finance 15,000 small business loans to Black and Latino-owned businesses.

JPMorgan Chase's CEO said: "Systemic racism is a tragic part of America’s history. We can do more and do better to break down systems that have propagated racism and widespread economic inequality."

There will also be programs to place 1 million customers in low-cost checking and savings accounts, partly by opening new branches neighborhoods where a majority of the residents are minorities.

Additional reporting by Ken Sweet and Alexandra Olson of The Associated Press.