JPMorgan Will No Longer Do Business With OxyContin Maker Purdue Pharma 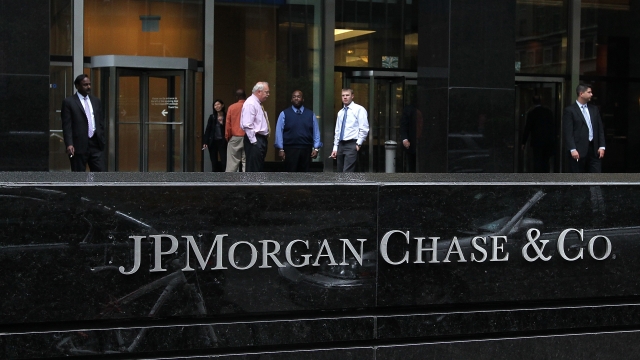 SMS
JPMorgan Will No Longer Do Business With OxyContin Maker Purdue Pharma
By Cristina Mutchler
By Cristina Mutchler
May 24, 2019
Media outlets report that the bank is separating itself from the pharmaceutical company in light of Purdue's alleged role in the opioid crisis.
SHOW TRANSCRIPT

Another business is cutting ties with OxyContin-maker Purdue Pharma.

Reuters was first to report that JPMorgan Chase is separating itself from the pharmaceutical company in light of allegations that Purdue's deceptive marketing of its painkiller helped fuel the opioid crisis.

JPMorgan, which managed some of Purdue's financial transactions, may be the most well-known corporation to distance itself from the pharmaceutical company.

Earlier this month, New York's Metropolitan Museum of Art was the latest of several museums to announce that it's suspended accepting gifts from members of the Sackler family, citing ongoing litigation.

And Bloomberg reported Thursday that consulting firm McKinsey will no longer work with the company.

In a statement to Newsy, Purdue said it "is a streamlined organization with an exciting pipeline of new medicines and significant cash reserves." The company also said it "has multiple banking relationships and will not have any interruption to its banking and financial service needs."

Purdue is facing more than 1,000 legal battles over allegations it used deceptive marketing practices and downplayed the addictiveness of OxyContin to profit from sales of the painkiller. Both Purdue and the Sackler family have denied any wrongdoing.

Recently, a judge in North Dakota threw out a lawsuit against Purdue, ruling that the company's drug labeling did comply with FDA guidelines. The company also reached a settlement with the state of Oklahoma in a similar case.