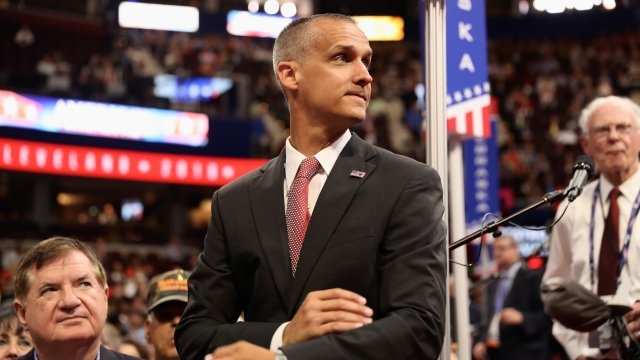 Singer Joy Villa filed a police report against Corey Lewandowski, alleging he sexually assaulted her during a holiday party in November.

Politico first reported the alleged incident. Villa told the outlet that President Donald Trump's former campaign manager slapped her backside twice while posing for a picture. The two were at the Trump International Hotel in Washington, D.C., celebrating the president's first year in office.

Villa said she half-jokingly told Lewandowski she could "report [him] for sexual harassment" and that he replied "Go ahead, I work in the private sector."

As of early Wednesday morning, Lewandoski hadn't released a statement about the allegations. He was charged with simple battery in 2016 after a Breitbart News reporter accused him of violently grabbing her arm. Those charges were eventually dropped.