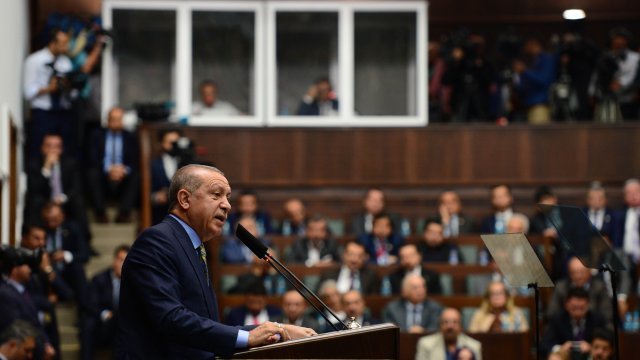 By Jake Godin
October 23, 2018
As the story of Jamal Khashoggi's disappearance has evolved, Saudi Arabia and Turkey have both pushed back against each other's stories.
SHOW TRANSCRIPT

Saudi-Turkish relations aren't exactly in a great spot right now as both countries push their own message on what happened to Jamal Khashoggi.

It came to a head Tuesday when Turkey's President Recep Tayyip Erdogan claimed the murder of the Saudi journalist was premeditated. But even before then, the two were on opposite pages about what happened to Khashoggi after he disappeared inside the Saudi consulate in Istanbul on Oct. 2.

It started with Saudi Arabia's Crown Prince Mohammad Bin Salman, who, one day after Khashoggi mysteriously disappeared, told Bloomberg that the journalist actually left the consulate. The Saudi consulate backed this up with a statement the next day. 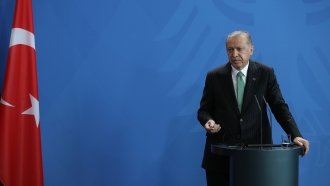 Saudi Arabia was quick to deny the reports. The crown prince's younger brother even shifted the story, saying Khashoggi left but it wasn't clear what happened to him after.

Soon after, Turkish media outlets published leaked images showing the faces of the 15 Saudi nationals who allegedly targeted Khashoggi, along with CCTV footage from the consulate.

The story changed again after the Saudi king spoke with President Donald Trump over the phone. Suddenly, there was a possibility that "rogue killers" were responsible for Khashoggi's death.

This latest statement by Erdogan is Turkey's way of saying they aren't buying the Saudi's latest version of what happened in their consulate almost a month ago.