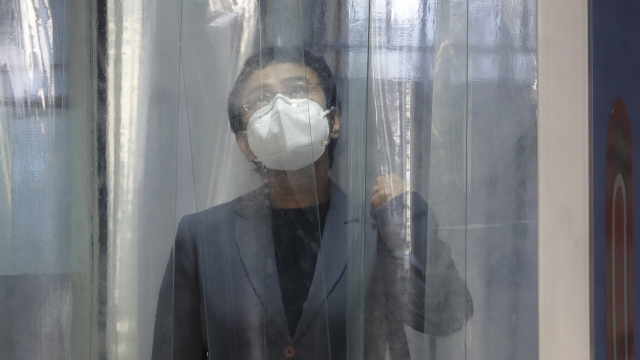 "Journalists are at the front lines because we're first attacked," said Maria Ressa, journalist and co-founder of Rappler.

When prominent Filipina American journalist Maria Ressa was found guilty of cyber-libel in the Philippines, human rights and reporting groups were quick to condemn the ruling. Ressa, CEO of the news site Rappler, was convicted of violating a new libel law that was established after the outlet published an article linking a high-profile businessman to trafficking and drug smuggling. Rappler has also consistently spotlighted Phillippine President Rodrigo Duterte's war on drugs that has left thousands dead.

The U.S. State Department said it's concerned about the verdict. But Ressa — now out on bail — is warning that the erosion of democracy is also happening here in the U.S. 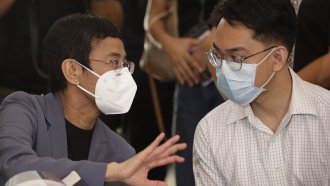 Ressa: "If a lie told a million times becomes a fact without fail, you can't have the truth. Without truth, you don't have trust."

Filipinos are the world's most active social media users. Ressa says social media — particularly Facebook, the country's most used app — has slowly chipped away at the Philippines' democracy by allowing false news to spread. That sentiment rings true in the U.S., too: One study showed Facebook was the largest fake news distributor in the 2016 election.

Ressa: "The future of journalism is going to be intertwined with technology. And the sooner we have the world's largest distributor of news acknowledging that, then the sooner we can begin to protect our democracy. Because right now it's destroyed democracy."

Numerous outlets have reported that President Duterte and his supporters have used Facebook as a way to not only smear Ressa but to spread misinformation. Facebook addressed this by hiring Rappler in 2019 to help fact-check flagged posts, but the staff has been overwhelmed.

Ressa: "And that's part of the big problem of every democracy today. We can't even have a discussion about anything important because we're debating the facts. In the past, when journalists were the gatekeepers, we all agreed: Here are the facts. And then we can have a rational discussion." 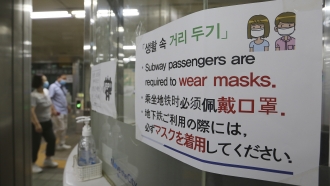 And then there's the global ranking on how safe it is for journalists to do their jobs. The Philippines ranks a low 136, and the U.S. ranks 45th, below countries like Taiwan and South Korea. Reporters Without Borders says that's due to Trump-era hostility toward the press.

Ressa: "There's a gaping hole where the United States used to be. ... The United States has long been a guiding light for democratic values, and when the leader, once the most powerful position in the Western world, when the leader says things … that are situational ethics, you know, the statements about Jamal Khashoggi, that money can buy values. I think this is problematic."

Ressa could face up to six years in prison in her libel case. Seven other lawsuits against her could add up to 100 years of prison time.

Cat Sandoval: "Are you scared at all of serving time in prison in the Philippines?"

Ressa: "I have done nothing but be a journalist. And we're forced to have to deal with things like this. It  doesn't mean I'm not afraid, but I'm OK. I'm, I'm OK. … I don't think I have a choice, right? I mean, we don't have a choice because in the end, what the government wants is to scare people to silence."