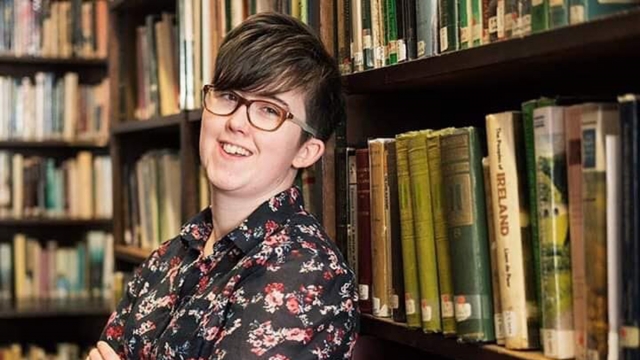 Police in Northern Ireland are treating the killing of a young journalist there as a "terror incident." Twenty-nine year-old investigative journalist Lyra McKee was shot Thursday night when a gunman opened fire towards police during a riot in Londonderry.

"We believe it's been carried out by by violent, dissident republicans. Our assessment at this time would be that the New IRA are most likely to be the ones behind this, and that forms our primary line of inquiry," said Assistant Chief Constable Mark Hamilton.

The Londonderry riots broke out after police started searching houses in the area, looking for firearms and explosives that the so-called "New Irish Republican Army" was storing there. The New York Times describes the New IRA as a militant republican group. It isn't affiliated with the Provisional Irish Republican Army.

"We will not be dragged into the past. There is no place, nor any justification for political violence in Ireland or Northern Ireland today," said Irish Prime Minister Leo Varadkar.

Lyra McKee signed a two-book deal last year. In 2006, she was awarded Sky News Young Journalist of the Year. And Forbes magazine named McKee as one of its “30 Under 30 Europe”  in 2016 for "dig[ging] into topics others don't care about."

In a joint statement, the leaders of Northern Ireland's six biggest political parties said her death was "an attack on all the people of this community, an attack on the peace and democratic processes," according to the BBC.