Jordan's King Let His Opinion Be Known Over Lunch With Pence 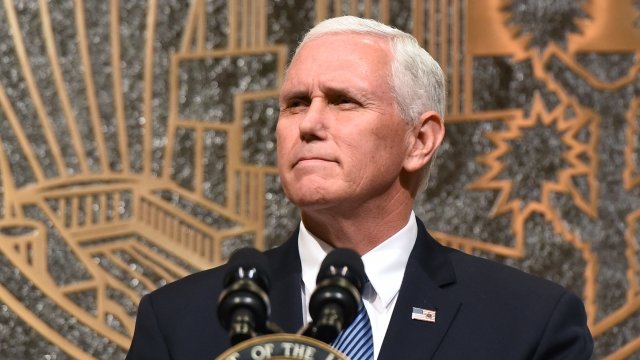 The king of Jordan met with U.S. Vice President Mike Pence this weekend, and he wasn't shy about his opinion on the U.S. decision to recognize Jerusalem as Israel's capital.

King Abdullah II told Pence over lunch that he has continuously voiced his concerns about that decision, which he said "does not come as a result of a comprehensive settlement to the Palestinian-Israeli conflict." 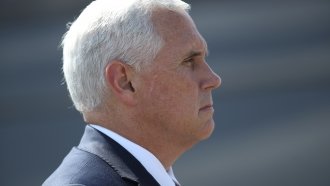 He also said it's "very important" the conflicts between Palestinians and Israelis are solved with a two-state solution that would see East Jerusalem as the capital of an independent Palestinian state.

Pence said the United States is committed to a two-state solution, "if the parties agree."

The vice president's Middle East trip was originally planned for December but was pushed back until now so Pence could vote on the GOP tax overhaul bill in the event of a tie.

And the trip was supposed to be longer, but the head of Egypt's Coptic Church refused to meet with Pence after the Jerusalem decision.

Pence left the U.S. on Friday despite the looming government shutdown.

He visited Egypt, then Jordan and arrived in Israel late Sunday evening. He's expected to head back to the U.S. on Tuesday.