Jordan Continues To Deny He Knew About Alleged Sexual Abuse 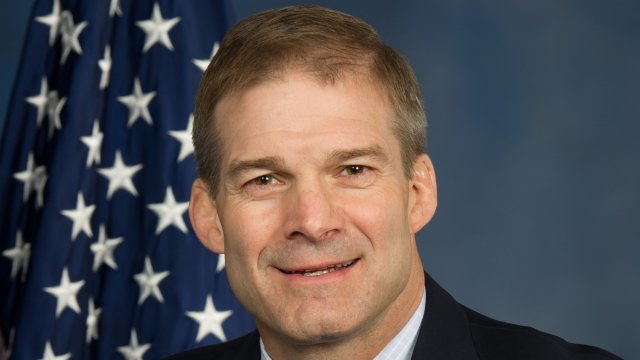 SMS
Jordan Continues To Deny He Knew About Alleged Sexual Abuse
By Katherine Biek
By Katherine Biek
July 5, 2018
But a recent NBC News report claims Rep. Jim Jordan turned a blind eye towards the alleged abuse while he was working at Ohio State University.
SHOW TRANSCRIPT

Rep. Jim Jordan denied once again on Wednesday that he was aware of alleged sexual abuse while he was an assistant wrestling coach at Ohio State University.

"We knew of no abuse, never heard of abuse. If we had we would have reported it," Jordan told reporters at a Fourth of July celebration in Fremont, Ohio.

Jordan was the school's assistant wrestling coach from 1986 to 1994. Back in April, Ohio State announced it was investigating allegations of sexual misconduct against Dr. Richard Strauss, a former team doctor who died in 2005.

Around that time Jordan told The Columbus Dispatch that he'd never heard of any alleged abuse. But an NBC News report published Tuesday cites three former wrestlers who said the accusations were "common knowledge" and that one of them even told Jordan about what the doctor was doing.

According to CNN, Ohio State's investigative team said they've reached out to Jordan for an interview, but have not heard back. Jordan's office said it doesn't have any record of those communications.