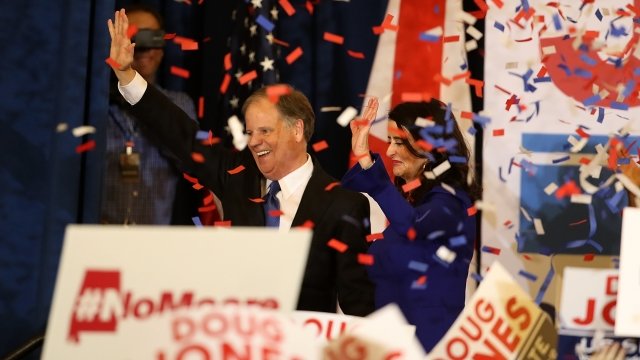 SMS
Jones' Senate Win Puts More Pressure On GOP To Pass Tax Reform Now
By Katherine Biek
By Katherine Biek
December 13, 2017
Republicans are hoping to finish their tax bill before Doug Jones is sworn in to the Senate.
SHOW TRANSCRIPT

That's because once Jones is sworn in, there will only be 51 Republicans in the Senate, meaning the GOP will only be able to afford one defection to pass their tax bill with a simple majority.

When Senate Republicans passed their version of the tax plan earlier this month, there was only one GOP holdout — Sen. Bob Corker of Tennessee.

The House and Senate are trying to reconcile the differences in their bills. And Sen. Susan Collins has said she'd consider removing her support for the final version if her proposed amendments don't make the cut. 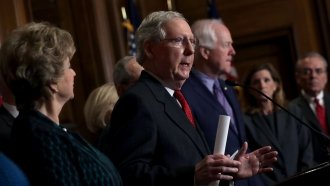 But Republicans want the tax bill on President Donald Trump's desk by Christmas, and it's possible Jones won't be sworn in until January.

It all depends on timing: Alabama's 67 counties have until Dec. 22 to officially report their election results. After that, the State Canvassing Board has until Jan. 3 to certify them.

If each county reports its results on time, the Alabama secretary of state's office told CNN it hopes to have the results certified between Dec. 27 and 29.