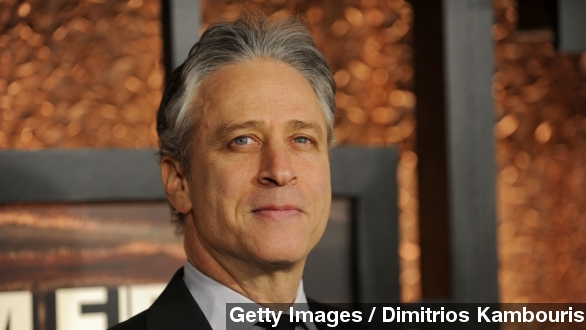 Jon Stewart will end his 16-year run on "The Daily Show" later this year.

The announcement, which seemingly came out of nowhere, was first reportedly made by Stewart at the taping of his show Tuesday.

Comedy Central then posted a thank you note to Stewart on Twitter, which read, in part: "Jon will remain at the helm of The Daily Show until later this year. He is a comic genius, generous with his time and talent, and will always be a part of the Comedy Central family."

Stewart is only the second host of "The Daily Show," taking over after Craig Kilborn in 1999. Since then, Stewart has appeared in more than 2,500 episodes and grown the satirical news program into a media heavyweight and a launchpad for up-and-coming entertainers, like Stephen Colbert, John Oliver and Larry Wilmore.

There's no word yet on who could be replacing Stewart when he steps down later this year.